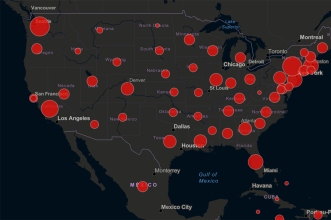 It was a question that came from one of my #asksethanything sessions on Facebook and it made me pause. Even in these times, I am able to handle most questions pretty easily since this is a temporary (hopefully) situation, but this question has larger implications and requires some imagination. Could COVID-19 fundamentally change how and where we live when it comes to city vs. suburbs? That’s essentially what this question is asking and I love the big picture thinking!

I know, that’s a nonsense answer, but it really does. I guess it really depends on the duration of this event. For example, if businesses begin opening back up in the next month, the answer is a resounding “NO”. While disruptive, it will take a lot more than that for people en masse to emigrate from the cities into the burbs. My sense is that for a mass exodus to occur there would need to be a sustained event where people had to consider an urban setting hazardous to the long-term health of their family. Don’t forget, moving to a new area involves more than packing your bags and loading the car. In most cases, this would mean changing jobs, school for the kids, moving away from friends. I don’t know about you, but going back to those familiar things will be really great for my family and I.

While cities are generally more prone to outbreak of this virus, this question is actually asking more fundamental question: Will we no longer wish to live in close proximity to each other after this. 85% of the world’s population lives in cities, so my thought is that if this were to occur, things would have to get devastatingly terrible around the world since this be a universal demographic shift across the world. Keep in mind, since the very beginnings of civilization, humans have concentrated in towns, villages and cities to organize themselves.

Thankfully, it is the humble opinion of your real estate agent that this too shall pass. As I write this, we are sitting in Early April of 2020 and our leaders are telling us to brace for the worst, but even the most dire projections have our situation improving by May and further into the summer. Therefore, it is unlikely this projected short term disruption would be a catalyst for a major demographic shift described above. Fun question for sure. Keep ’em coming and don’t forget to Ask Seth Anything!